An introduction to RxJS: things you need to know in 2022 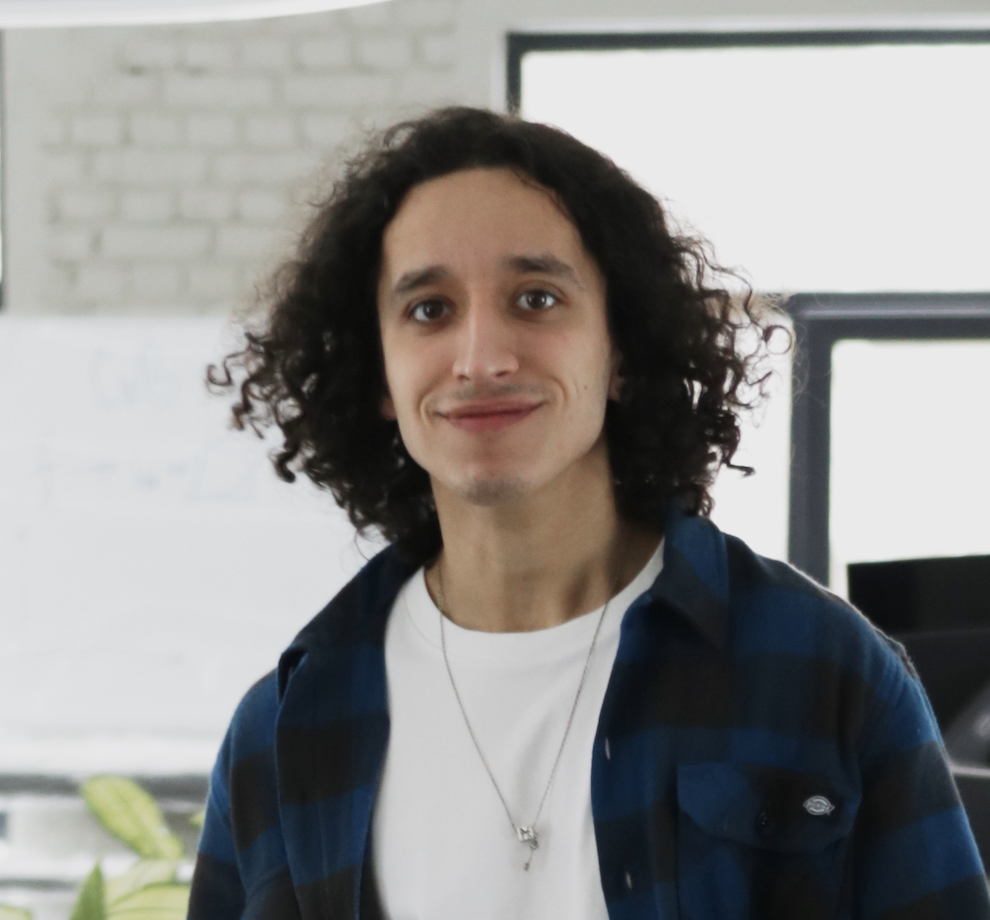 An introduction to RxJS: things you need to know in 2022

RxJS is a JavaScript implementation of a ReactiveX library that allows working with asynchronous, event-based code. ReactiveX (so as RxJS) is based on an observer pattern.

RxJs is a push-based library, so it is important to understand the differences between push and pull systems for a complete understanding. The whole difference is about how data Producer & data Consumer interact.

In this case, the Consumer pulls data from the Producer, and it’s a Consumer who determines when it receives the data. The Consumer is an active element, while the Producer remains dormant until the data is pulled from it.

The most common example of a push system is Promise. Promise (data Producer) delivers resolved value to the registered callback functions (data Consumers). Promise determines when the callback function will receive the data - in other words, it’s responsible for pushing the data. The callback function is inactive until it receives the data. An interaction between the RxJS Observable (Producer) and Observer (Consumer) is based on the same behavior.

In the scope of a Push system, an example of a multiple-value Producer might be an Event Listener. User interaction with a ‘targeted’ DOM element leads to multiple calls of the callback function. But in contrast to the Generator function, data Consumer (callback function) remains passive while data Producer (events triggered by user’s interaction) decides when Consumer will receive data.

A Stream is a sequence of values in some time interval. It could be a simple numbers sequence generated within 6 seconds, the events from various elements on a form, text messages in chat sent via WebSocket. Everything above is the examples of data, which will be collected over some timespan.RxJS Observables are made to make work with Streams much more convenient.

Observables are objects that can emit data over some time. You can think of it as a function that returns the data Stream to the Observers, synchronously or asynchronously. The number of data returned by a Stream varies from zero to infinite.

For Observable to work, it needs the Observer and a subscription. An Observer is a consumer of values delivered by an Observable.

While working with Observers & subscriptions, the Observable goes through four stages of its lifecycle:

Be default the Observable is created in the following way:

The Observable constructor requires only one argument: a subscriber function.

Note that every subscription leads to the separate execution of the Observable. Multiple Observers that subscribed to the same Observable aren’t connected in any way.

Observable produces n-values (in sync or async manner) that get delivered to a subscriber during the execution. There are three types of values an Observable Execution can deliver:

The "completed" and "error" states are final. That means, Observables cannot emit any data after delivering these notifications.

The console output would be:

By default, Observables are lazy - the Observable execution only happens for each Observer that subscribes. The Observable starts a new execution for every subscriber, no data is shared between them.

In this case, the data generated inside the Observable (Math.random()), which means we’re dealing with the cold Observable. The subscribers are getting different values since the execution with the random number generation starts separately for every subscriber.

In order to transform cold Observable into a hot one, we just need to move the data generation outside the Observable. Let’s slightly tweak a previous example:

Now it’s a hot Observable since the data generation (Math.random()) occurs no matter if the Observable has the subscriber or not. The only difference is that by default, that data will be simply lost without the subscribers.

Depends on the use case. In general, you would want to keep the Observables cold, unless:

Operators are what make RxJS useful. They allow you to manipulate the data from its source, returning an Observable with the modified data.

There’s a ton of useful operators provided by RxJS out of the box, one for almost every use case.

How to use Operators

A pipe() method accepts Operators as params, and then calls then one by one:

Every subsequent Operator will receive a new Observable that was generated as a result of previous Operator execution.

RxJS Operators are split into categories which makes the search process much easier:

They Allow combining the data from the multiple Observables. For instance, we can combine data updates from different sources to perform some calculations. Operator combineLatest() produces last values from each Observable whenever one of these produces a value:

These Operators can produce the Observable almost out of anything. For example, you can create a progress bar that will indicate the progress of reading the article. You can use the fromEvent() Operator to achieve that goal. It allows to create of an Observable based on the event data:

This group allows us to handle errors efficiently and repeat the query if needed. The most used operator is catchError (you have to return the Observable when using it!):

Operators from this group are responsible for data stream filtering, and they also help when you need to adjust accumulated values in the data stream. For example, the take operator generates only the specified number of values until it completes its execution. You can subscribe to a click-event and process only the first click:

These Operators provide us with the method to transform the data. Like the scan operator that accumulates the state in a way like it works in Redux:

Another big concept in RxJS.

Subject is a special type of Observable. It allows values to be multicasted to many Observers, which can subscribe to the Subject even when its execution has already started (on the contrary, the execution of a default Observable is unique for every subscriber). Let’s take a look at the example:

A Subject is created using the new Subject() constructor.

Same as with the Observable, Observers are subscribed to it via the subscribe() method, which receives from Subject values of three types: next, error, and complete.

Internally to the Subject, subscribe() method does not invoke a new execution that delivers values. It simply registers the given Observer in a list of Observers.

Aside from the “standard” Subject, there are three varieties of it:

The initial value is set during the BehaviorSubject initialisation:

2nd: 5 - if it was a “default” Subject, a second subscriber wouldn’t receive the last value, only the next one

Unlike BehaviorSubject, a ReplaySubject object can store a given amount of the lastly emitted values. That amount is set during the object creation process.

Every Observer will receive the n-amount of “replayed” values of a ReplaySubject:

With the AsyncSubject the Observers will receive only the last emitted value and only when it will complete its execution:

In 3 seconds, the following result will be printed in the console:

Here are the key differences between Promise and Observable:

Callback-function that we send to a Promise constructor gets executed immediately:

In the case of cold Observable, a callback function will be executed only after calling a subscribe() method:

Promise is always asynchronous, even if it resolves instantly:

The message from then() method will be the last one displayed even though Promise was resolved without delay.

On the other hand, the Observable can be synchronous:

And it can be asynchronous:

Observables are collections of multiple values

A Promise can return only one value. It could be an array, but it’s a single object still. An Observable can emit n-values during its execution.

The aforementioned RxJS feature allows users to manipulate and modify the Observable data stream. Promise objects don’t have anything like that.

Many Observables that we are subscribing to are potentially infinite (such as click-events) - we can’t tell beforehand how many values will be emitted. This means that we have to manipulate our Observable subscription on our own.

Why does memory leak occur?

Let’s take a look at the Angular component for reference:

In this example, we’re using the RxJS function - timer. It creates an Observable that emits numbers. In our case - every second.

How to manage the subscriptions to avoid memory leak

An Observable subscribe() method returns a Subscription object. It has a method called unsubscribe(), which used to remove the subscription:

The takeUntil() Operator allows us to use a declarative approach while working with data streams:

This is a declarative approach since we’re declaring our Observable-chain along with everything it needs for a complete lifecycle.

A take() and first() Operators:

Sometimes we need a subscription to work only once - for instance, when we’re loading some profile data at the application initialization.

In this example, the console output will display 0, 1, and 2 values. Afterward, the take() Operator will unsubscribe from the Observable.

Notice: take(1) and first() Operators won’t unsubscribe from the Observable before the first value is emitted. Use them only when you’re certain that at least one value will be produced. Otherwise, the subscription will remain active, which may lead to unexpected behavior.

This article is meant to give you an overview of what RxJS is about without going too deep into each concept. Hopefully, it’ll add more clarity on the subject, but I definitely recommend taking a look at the official RxJS documentation for a deep dive into the topic.

This is a locked content block.
Submit your e-mail to get access.
Thank you! Your submission has been received!
Oops! Something went wrong while submitting the form.
JS
All Topics
Frontend
React Native
Open source